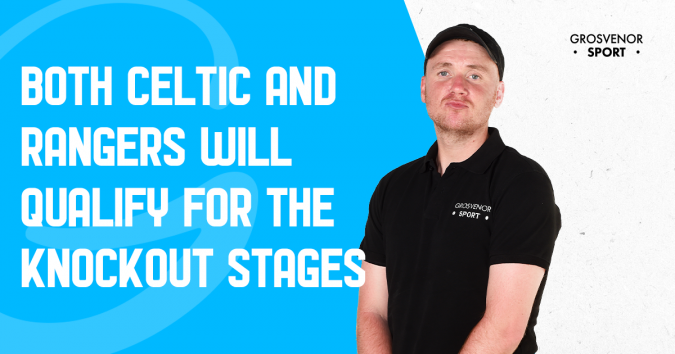 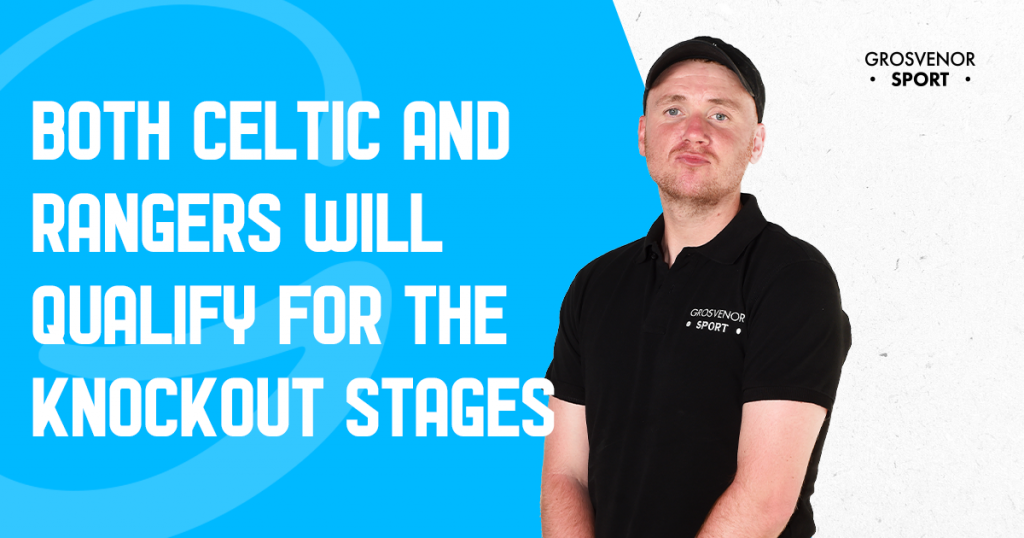 Grosvenor Sport caught with Open Goal star & Grosvenor Sport Ambassador Paul Slane to get his reaction to Rangers qualifying for the Champions League and what it means for Scottish football that both Celtic & Rangers will be playing in the most prestigious club European competition of them all.

People don’t realise how big Celtic and Rangers are and it’s important that when it comes down to the European games they do deliver. Both Celtic and Rangers have incredible managers and they’ll certainly be able to handle a lot of teams in the Champions League.

Scottish football fans always want more respect from elsewhere, but it’s down to us to deliver and show that we are good enough. Rangers showed last season that Scottish teams can perform in Europe and now it’s time for Celtic to do the same.

Will both Celtic and Rangers survive in their respective groups?

Both Celtic and Rangers will qualify for the knockout stages of the Champions League – they’ll finish second in their groups.

Real Madrid and Celtic have won the European Cup 15 times between them and that will be very daunting for Shakhtar Donetsk and RB Leipzig before a ball has even been kicked and it will be a massive task for both of them to succeed against Ange Postecoglou’s team. Celtic’s previous experience will get them through the group stages.

Rangers have just knocked PSV out [of the qualifying rounds] and they’re not far off the same quality as Ajax and Rangers will be buzzing because the likes of Napoli and Liverpool are the teams that they want to be testing themselves against.

Last season, Rangers knocked out Borussia Dortmund, RB Leipzig and now PSV so they’ll fancy their chances and I strongly believe that they’ll finish second in that group.

Would Steven Gerrard have been able to match Giovanni van Bronckhorst’s record if he’d stayed at Rangers?

Steven Gerrard closed the gap between Celtic and Rangers and he was also great in Europe – he should’ve stayed at Rangers instead of going to Aston Villa because he won the league and qualified to get into the Champions League. He should’ve stayed for that purpose.

Having said that, there’s no doubt that Giovanni van Bronckhorst has taken Rangers to a completely new level.

Who will be they key players for both Celtic and Rangers to help them succeed in the Champions League?

At the end of the group stages, Kyogo Furuhashi could be the Champions League top goalscorer. He’ll definitely be Celtic’s stand-out player in Europe this season. His movement and runs in-behind will be so effective because not many teams will sit back like they do in the league which will leave plenty of space for Kyogo to exploit.

John Lundstram will be Rangers’ key player because he can do both sides of the game. He is great at breaking up play and kick-starting attacking moves and it’ll be very important to have a player that can do that when going up against the elite teams.

What is it about Ange Postecoglou that makes him so special as a manager?

Ange Postecoglou’s presence and aura is incredible. He’s a born leader and you’ll find it hard to find anyone like that these days. Ange is a really genuine person and there’s never any nonsense with him – he’ll never make any excuses.

Ange is that good a manager that he’ll eventually be competing with the likes of Pep Guardiola and Jurgen Klopp. He’s loving his time at Celtic, he’s got the club back to where they belong and he’s just a special, special manager.

I’m petrified that he’ll ever leave Celtic but I’ve no doubt he’s more than capable of going down to any club in England and being very successful.

What do you make of Hearts’ Europa league exit?

Hearts exiting the Europa League is a huge blow for the club. Last season they were outstanding and the sole reason you want to finish third is so that you can qualify for Europe.

They finished third last season and they’ll not do any better than that this year but they’ve still got the [Europa] Conference League to look forward to.

What do you make of Alfredo Morelos’ future at Rangers?

Alfredo Morelos is a one-off and probably very hard to manage at times but when he is at it, he’s such an important player for Rangers – they’re definitely a better team when he is playing.

Having said that, I think he’s gone one step too far now after getting sent off against Hibernian. Rangers need to sell him on now because with the money they’ll have from the Europa League and now Champions League, they’ll be able to replace him. The fans love Alfredo, but he can’t keep letting them down.

I’m not sure who Rangers should sign going forward, but they should sign Billy Gilmour. He’s a fantastic  player and he’ll go on to have an unbelievable career and if he’s not going to play for Chelsea this season the Rangers would be a great move for him. If he signed for Rangers, he’d be competing for league titles and playing in the Champions League – there isn’t a better move out there than Rangers [for Billy] at the moment