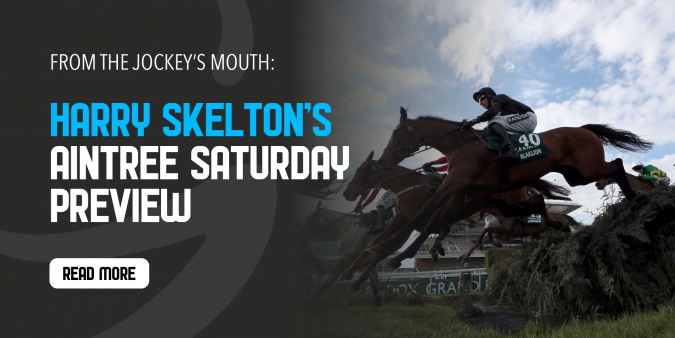 I start off with Flash The Steel. He’s come alive in the last fortnight and has done plenty of work at home. With older horses it takes a run or two to get them going and he’s got those under his belt now. I don’t think the step up to three miles will be any problem and he looks to hold a good each-way chance.

Elle Est Belle goes in the Grade One novice hurdle over two-and-a-half miles. We’ve always had this race in mind for her over Cheltenham as we feel this trip on a flat track will suit her better. She’s done well this season and won nicely when stepped up in trip at Huntingdon last time. While she’s been kept fairly busy, the signs at home are good. I couldn’t put anyone off her and I think she’s got a great chance, particularly with the mares’ allowance.

We missed Cheltenham in preference for this race with Third Time Lucki. I’d like to see the ground dry out as much as possible and I don’t think there’s any rain forecast, so that’s good. This test should be tailormade for him and hopefully I can deliver him with one strong run at the finish. We’re looking forward to running him. Edwardstone was very impressive in the Arkle at Cheltenham and he’s the one we all have to beat.

Molly Ollys Wishes goes in the three-mile Grade One hurdle. She’s had a great year and managed to win her main target of the season at Ascot in January. Realistically if we could pick up some prize money and finish in the first four we’d be delighted.

It’s a really strong renewal and it’s going to be tough against the likes of Flooring Porter, Thyme Hill and Champ.

Shan Blue steps back down into handicap company. He just got a little bit tired in the Ryanair at Cheltenham, which was maybe expected as although we’d done as much as we could with him at home, the race probably came too soon for him.

That run seems to have done him the world of good and has sharpened him up. He looks very interesting off his handicap mark. If he runs like he did at Wetherby in the autumn, then he should go very close.

The build up to the Grand National is like nothing else. It’s the people’s race and the atmosphere at Aintree is absolutely electric. It’s a unique race and before you go out on the course all the jockeys wish each other luck, which wouldn’t happen in any other race during the year.

It’s always very special to have a runner in the National. I ride Blaklion who was sixth in the race last year. He’s been in better form this season than last time and has won twice at Haydock.

He’s run in three Nationals in the past and won a Becher Chase, so he clearly loves the fences, but he’s just that bit older now at 13 years of age. He’s got a nice racing weight of 10st 8lb though and if we get a bit of luck then you never know, he could run a big race.

Of the others, Any Second Now was probably a bit unlucky in the race last year and has a good chance. I also like the look of Fiddlerontheroof and he could be a player too.

As we saw on Thursday in the mares’ bumper, Willie Mullins just has such a strong hand in these races.

Houlanbatordechais ran in the Champion Bumper at Cheltenham and must have a chance, but Rath Gaul Boy looked impressive at Leopardstown and could be the one to be on.