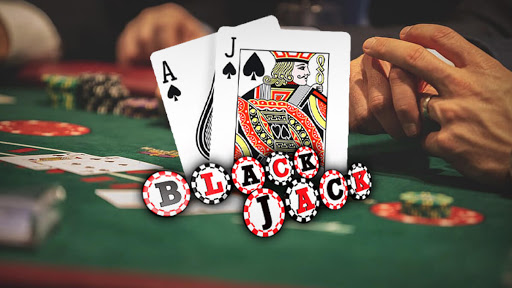 Spotting a blackjack noob from a mile away really couldn’t be easier. All you have to do is wait till they win a prize of any kind, before reading the look of utter shock and euphoria on their face.

Truth is, the vast majority of newcomers to casino gaming don’t expect to win.  Which means that when they do, their surprise and smugness are palpable.

Over time, those who fancy themselves as seasoned blackjack players learn how to keep this shock and awe under control. Instead of celebrating wildly with each £5 win, they conduct themselves with a degree of cocky decorum.

But what you also tend to find is how even those in this semi-experienced bracket find it difficult to control themselves when things go south.  Reacting with little more than a smug smirk after winning a huge prize is quite easy.  By contrast, keeping cool, calm and collected on the business end of a losing streak is not.

This is exactly what separates genuine blackjack pros from those who still have a way to go.  Hence, if you want to look like a pro have the blackjack table, you need to know how to lose like a pro.

Here’s what this means when facing a painful loss at the blackjack table:

1.  Accept the Outcome and Move On

The first thing to remember is that the moment a card is drawn, it’s done – finished. A moment in time has occurred and there is absolutely nothing you can do to go back and change it.

Even if the outcome that left you out of pocket seemed practically impossible, it happened. Call it fate, call it bad luck or call it bad decision making on your part – it really doesn’t matter.

Nothing you say or do will have any impact on what has already taken place. All you can do is move on and learn from your mistakes – even if you’re 100% convinced you did not make any.

2. Don’t be Tempted to Chase your Losses

This is the biggest mistake you can make at the blackjack table by far. It’s also the single most common mistake made by millions of gamblers – newcomers and professionals alike.

The tendency is to assume that if you just push things a little further, you can at least recoup some of your losses.  You know refilling your bankroll is out of the question, but just one or two wins will at least take the sting out of the whole thing.

More often than not, chasing losses results in further losses.  As you are now playing for the sole reason of recouping cash you’ve lost, you’re no longer playing for enjoyment or entertainment.  In which case, it’s time to walk away until you’re a little more clear-headed.

Speaking of which, you can’t expect to cool off and bring yourself back down to earth while still sitting at the blackjack table. All you’ll be doing is bombarding yourself with stimuli that remind you of how much money you’ve just lost.

Not to mention, how insanely infuriating it can be to watch others around you celebrate their wins.

Taking a break doesn’t simply means sitting out of a few hands.  It means leaving the table, taking a walk, getting some fresh air and giving yourself time to calm down. Head back a little while later if you like, but it’s usually better to call it a day and start fresh some other time.

4. Don’t Beat Yourself Up

This refers to the counterproductive habit of kicking yourself when you’re down.  You’ve lost, you know you’ve lost, and you also know there is nothing you can do about it.  Nevertheless, you spend the days, weeks or even months that follow torturing yourself about what happened.

Nothing good will ever come from ruminating excessively about blackjack losses. If you’ve experienced a loss that has completely wrecked your mood, you were probably betting too much in the first place. Or perhaps, getting out of your depth completely at the blackjack table.

Either way, there’s a big difference between learning from your mistakes and beating yourself up.  Paves the way for a more successful future at the blackjack table, the other quite the contrary.

5. Adjust Your Approach Next Time

When things go very wrong, they go wrong for a reason.  Staring down the barrel of a heavy loss, you’ve clearly made a big mistake at some point. Once you’ve acknowledged this mistake, you can ensure it doesn’t happen again.

It could be that you did something careless or completely mindless at the worst possible time. It could also be that you allowed your emotions to get the better of you, resulting in rash decision making.

But it could just as easily be that you made all the right moves and what happened was nothing more than a freak, seemingly impossible outcome.  In which case, the lesson to learn is that any outcome is possible at any time.

Always remember that there is no such thing as a safe bet in a casino – never has been and never will be.

6. Don’t Spoil Things for Other People

Last up, there are plenty of ways sore losers can sour the whole experience for everyone else in the vicinity.  Some lash out at the dealer, either criticising their technique or accusing them of cheating outright. Others claim they were distracted by those around them, making it difficult for them to concentrate.

Elsewhere, there are those who simply sport a face like thunder and descend into the mood of all moods.  Rather than shaking it off and moving on, they descend into a state of complete misery that makes for a wholly unsavoury experience.

Nobody can realistically expect you to be all smiles and sunshine after facing a heavy loss. But if you do have a tendency to become the mother/father of all grumps, take your bad mood elsewhere for the sake of everyone else!