Grosvenor Sport Football Ambassador Jamie O’Hara is on hand to offer his predictions for the opening-day clash, as well as previewing two other key Matchweek 1 fixtures in Fulham v Liverpool and West Ham v Manchester City.

I think this will be a great game. Arsenal have done really well in the transfer window and have signed some brilliant players, such as Oleksandr Zinchenko and Gabriel Jesus. They are brilliant signings for the football club. I’m worried as a Spurs fan; I think they will start the season well.

But this is a tough game against Crystal Palace. It’s never an easy fixture and Patrick Vieira has them playing some good football. Arsenal have been playing really well in pre-season, however, with Jesus scoring goals, so I think they will win this game 3-1. They are going to hit the ground running and I think Jesus will score. 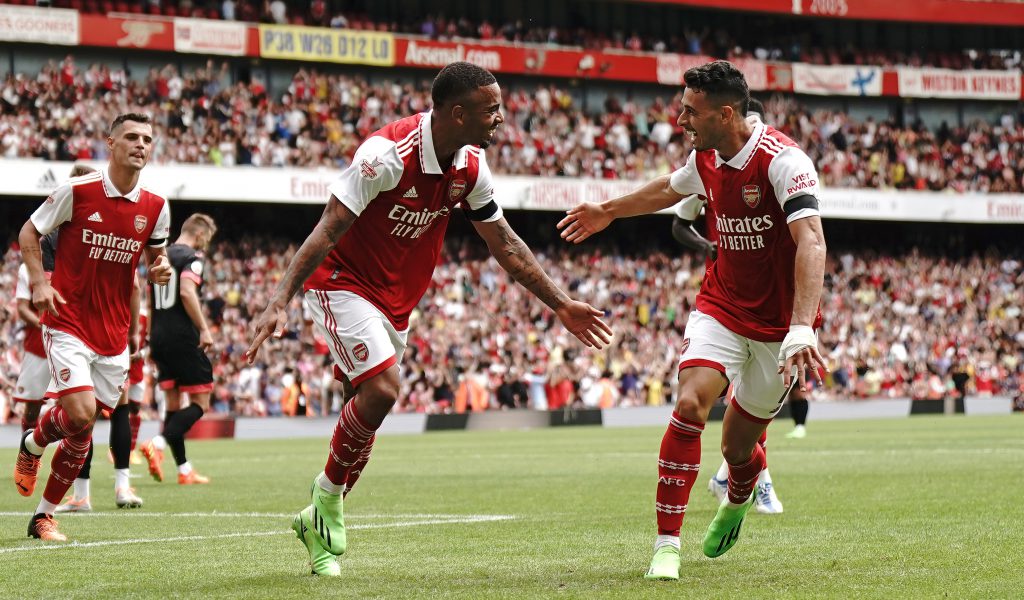 I don’t think Manchester City got the best out of Jesus. I think he was always on the cusp with Sergio Aguero and then he was in and out of the team last season. But when he plays, he scores goals and now he is the star. He is the focus of the line-up and I think he can carry that weight on his shoulders. He’ll be a real star for Arsenal this season.

Palace will struggle on Friday, but it will be interesting to see how Wilfried Zaha does against Ben White or Takehiro Tomiyasu. One thing you can say about Arsenal is the back four is still a bit ropey, still a bit weak and they can ship goals, so Palace will have to try and bully them in this game.

Palace play some decent football, they’ve had some good spells and some good games but then they’ll be poor in others, so they are a bit hit and miss. But Vieira will be up for this against his old club and will want to turn them over. That said, I just think Arsenal have got too much. They’ll have too much for teams like Palace this season and won’t make the same mistakes as they did last year.

It’s a tough start for Fulham – a great fixture for the fans but not for the players and the team. I think this is going to be a drubbing, to be honest with you. Liverpool have shown already they are a force to be reckoned with by turning over Manchester City in the Community Shield last week and Darwin Nunez looked dangerous when he came on. They’ve got a good side and they look fit, they look dangerous, and they are ready to go.

Fulham will stay up this season, but this game is too tough for them. Fulham have to frustrate Liverpool. If you try and sit off against Liverpool they turn you over anyway, so they’ve got to have a good go. These are not the games they are expected to win, so there is no pressure on them. It’s the first game of the season – the fans are buzzing, and they are back in the Premier League.

Fulham might have to mix it up a little bit, play some long balls, put some balls in behind Trent Alexander-Arnold. That’s the one, it’s the only weak point in Liverpool’s side – getting behind him and causing some problems. He’s still a brilliant defender but he can get caught out. 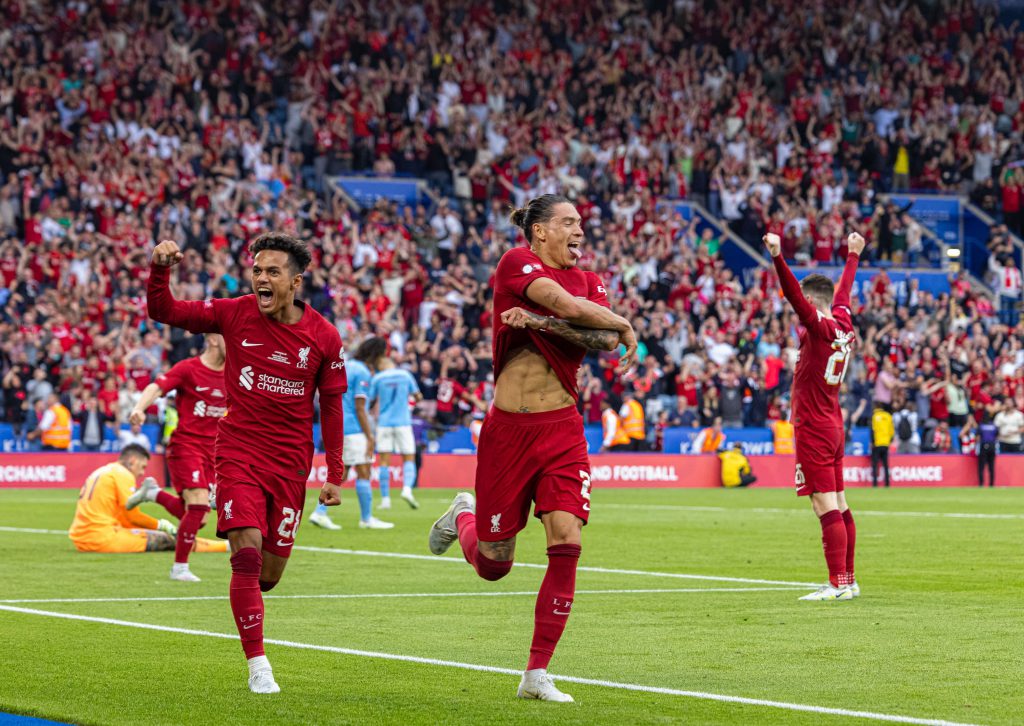 I think Nunez will score and I think Mohamed Salah will score as well. I’d bet on both of those scoring in the game. Liverpool will get through them swiftly and Fulham will forget about this game and move on.

This is a tricky one for Manchester City. West Ham are going to start the season well, they have bought in Gianluca Scamacca, which is a great signing. It’s the first game of the season at the London Stadium, the fans are back, and they are going to love it.

Whereas City always start a little bit slow – we saw in the Community Shield they weren’t quite there, they weren’t firing on all cylinders. City seem to start the season ropey. If you catch them early before they find their feet fitness-wise – when they start winning 15 games in a row and turning teams over for fun – it is the best time to play them. 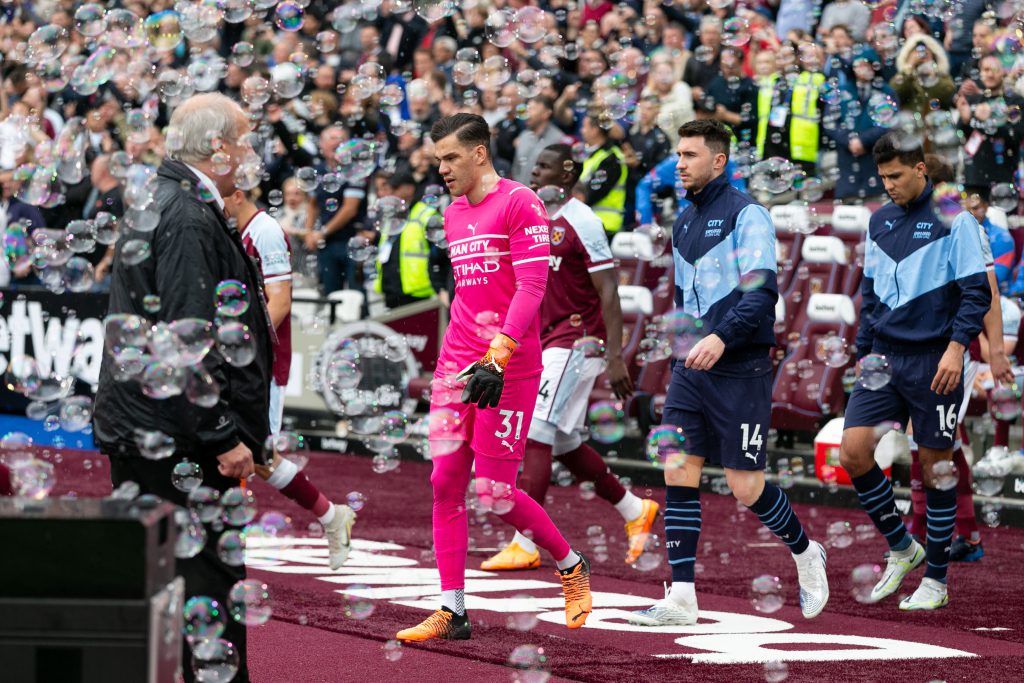 So I think this will be a draw, I think it will be 2-2. West Ham will be well up for this, the fans are going to be on their side, and it will be a difficult game for City. I think Scamacca scores, and I think Erling Haaland scores. It’s going to be a really good game. I can’t wait to see Haaland week-in, week-out. He’ll need to find his feet – he missed a few chances in the Community Shield but he is a superstar, he knows where the net is. Anyone that plays against him will have a proper match and I can’t wait for it.

Tomas Soucek and Declan Rice up against the City midfield will be interesting too. They are two of the most dynamic in the Premier League, they have been so good to watch, and their partnership is going to get stronger. Can they face City and do something special? You have to be at the top of your game to do that against City and I believe they are going to put in a top performance.