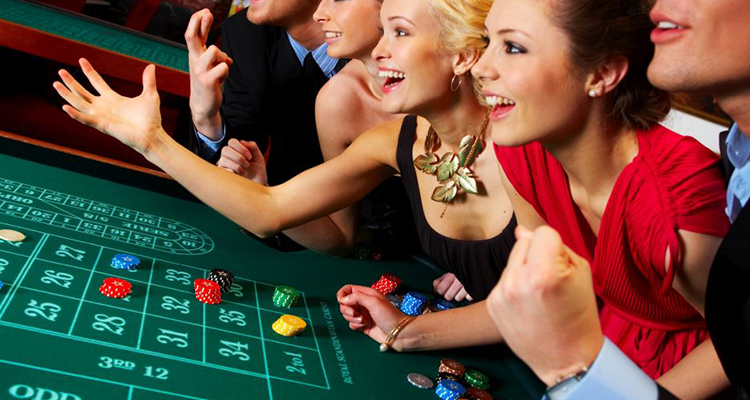 Casino personalities and stereotypes are topics we’ve discussed on a few prior occasions. But as people-watching is one of the most entertaining aspects of hitting the casino, it’s a subject that warrants revisiting.

Millions of people head to casinos each day with no real intention of winning money. Instead, they’re all about soaking up the experience, spending hours at the keno or bingo table and watching the world go by.

A casino can be a uniquely fascinating place to watch people come and go. Gambling halls pull in a remarkably diverse array of punters from all walks of life. Some of which will become your new best friends, others will leave their mark for all the wrong reasons.

Within the latter bracket, there are at least seven very specific types of people you will always encounter in every casino. Individuals you’ll not want to spend time in the company of, but will always be milling around and doing their thing:

1) People who inexplicably look down their noses at everything

First up, why would you head to a casino only to criticise everything and everyone in the entire place? Tough to answer, but you will always come across those who seem hell-bent on souring the experience for everyone involved.

It’s unfortunate, but there really are some people who seem to get up in a morning with the sole intent of finding fault will the world in its entirety. Some of whom (for some strange reason) head to casinos, and can be seen frowning at dealers, tutting at their fellow players and complaining compulsively at the customer service desk.

If nothing else, amusing to observe from a safe distance!

2) People who dress themselves based on TVs or movie depictions

You’ll always (and usually quite quickly) spot someone whose only casino experience has been their habitual viewing of Fear and Loathing in Las Vegas.  Having reached the conclusion that this is how everyone dresses (and behaves) when hitting the tables, they do likewise.

Sometimes, you’ll pick up on these folks and notice instantly the look of sheer regret and embarrassment on their faces. Elsewhere, others are completely oblivious to the fact that they’re the only folks present dressed in such a ridiculous manner.

On the plus side, they do sometimes turn out to be pretty fun people to hang out with.

You could argue that when somebody in a casino gives you advice, they’re doing so with only the best intentions. But you’d also be wrong, as it’s often simply a case of somebody who thinks they know everything trying to show off.

There’s a difference between the occasional supportive word and a person who just wants to convey how much more experienced than you they are. Annoying at the best of times, but even worse if they’re clearly about five leagues below you in casino gambling stakes. Even after telling them you’re quite all right and don’t need their advice, you can still see them watching your every move and smirking when things go wrong.

4) People who know everyone (or like to think they do)

The more you head to any given casino, the better the treatment you can expect in return. Not to mention, the better the relationships you’ll build with the casino’s floor staff. But there’s a difference between building these kinds of relationships and going out of your way to show off to everyone how important you are.

You’ll always see a few of these folks – they call most staff members (loudly) buy their first names, they use condescending titles like “sweetheart” when addressing waitresses and they basically swan around like they own the place.

They like to give the impression they’re adored and given the red carpet treatment, when the whole place would be delighted if they never returned.

This applies to those who take a seat at a low-stakes poker game, wager no more than about £5 per hand and yet act the like they’re a World Series of Poker finalist.  Even more annoyingly, they wear dark shades indoors, perch a visor on their forehead and sit with what’s supposed to be a poker face emblazoned on their chops.

All of which becomes evident when they blow their full £20 bankroll and scuttle away to safety.

6) People who are aggressively flaunt their wad

Sure you’ve got more money than God and yes there are some people who are impressed by the size of a gambler’s stack. But for the other 99.9% of people in a casino, those who flaunt their wad vulgarly are a supreme irritation,

They toss notes around like they’re on TV, they sit there counting their money, they slip high-denomination notes into servers’ and dealers’ pockets in a way that’s completely inappropriate…and so on. They might get the occasional round of drinks in, but that’s where their charm and appeal come to an end.

If you’re really as rich as you’re rubbing in everyone’s faces, why are you gambling at a tiny backstreet casino in Manchester instead of Macau?

7) People who hog tables and slots

Last up, there are technically no rules regarding how long you or anyone else can sit at any given table. It’s entirely up to you, but good manners go a long way. If there’s a game that’s clearly popular (indicated in the sizeable queue of people waiting to play it), sitting there for hours on end isn’t cricket.

Common courtesy is of the utmost importance in any casino of any size. It’s also not a great deal to ask, so be sure to spare a thought for those around you.

Something some players are apparently incapable of doing, but the less said about those folks, the better!